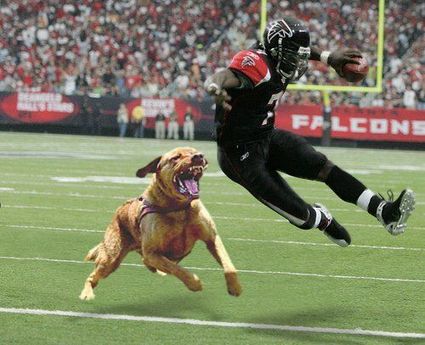 The person says the team might cut Vick no matter what police conclude during their investigation of a shooting that followed the quarterback’s birthday celebration in Virginia Beach last week. The person spoke to The Associated Press early Saturday on condition of anonymity because of the sensitivity of the situation.

Vick has said he had nothing to do with the shooting. He also said he reported the incident to the Eagles and to the NFL.

Commissioner Roger Goodell told the former Atlanta Falcons star after reinstating him last season that his margin for error was “extremely limited.”

Vick is entering his second season with the Eagles and is due to earn $5.2 million. In addition, multiple media outlets reported earlier this year that the team would pay Vick a $1.5 million roster bonus that was due March 9.

A three-time Pro Bowl pick, Vick is Kevin Kolb’s backup and the most experienced quarterback on the roster following the trade of Donovan McNabb to the Redskins.

The Eagles were heavily criticized by animal rights activists and fans for signing Vick last summer, less than a month after he finished serving 18 months in federal prison for his role in a dogfighting operation.